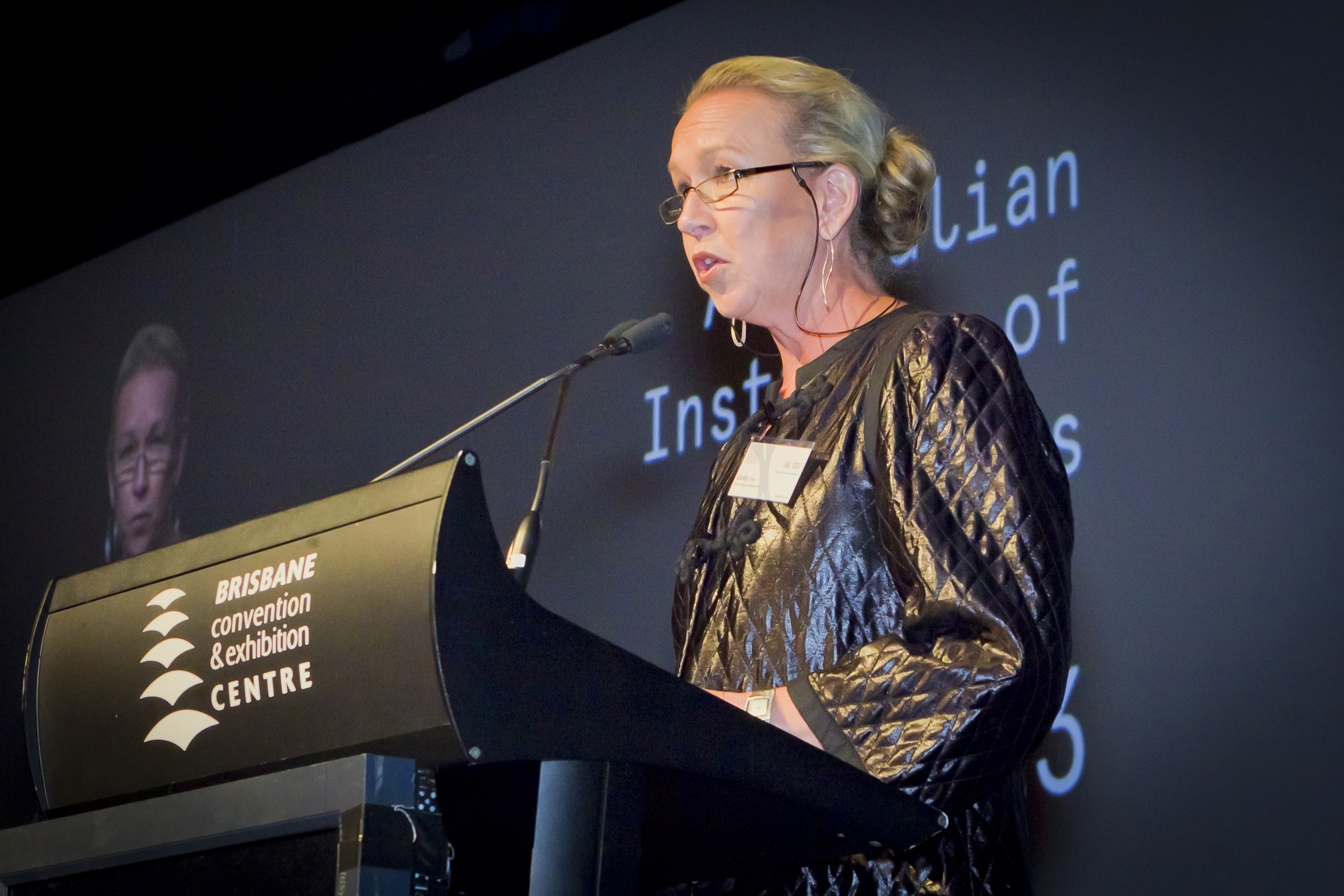 Bark director Lindy Atkin was honoured to be invited to be Master of Ceremonies at the 2013 Queensland State Architecture Awards for the Australian Institute of Architects at the Brisbane Convention Centre on Friday, 21 June.

Lindy was announced by the President of the Queensland Chapter, Shane Thompson, to be the first female to host the state awards event, so she accepted the position with great pride and enthusiasm, receiving congratulatory feedback from attendees for her professional role on the night. The event and exhibition of award finalists were designed by creative directors, Kirk (formerly Richard Kirk Architect).

Thirty-five of the state’s most inspiring and leading architectural projects were honoured at the Australian Institute of Architects’ 2013 Queensland Architecture Awards at the award-winning Brisbane Convention and Exhibition Centre. As Public architecture, the Translational Research Institute in Brisbane by Wilson Architects and Donovan Hill (Architects in Association) received the top honour on the night, the F.D.G Stanley Award for Public Architecture, along with the G.H.M. Addison Award for Interior Architecture. The Robin Dods Award for Residential Architecture – Houses was awarded to James Russell Architect for Bisley Place House.